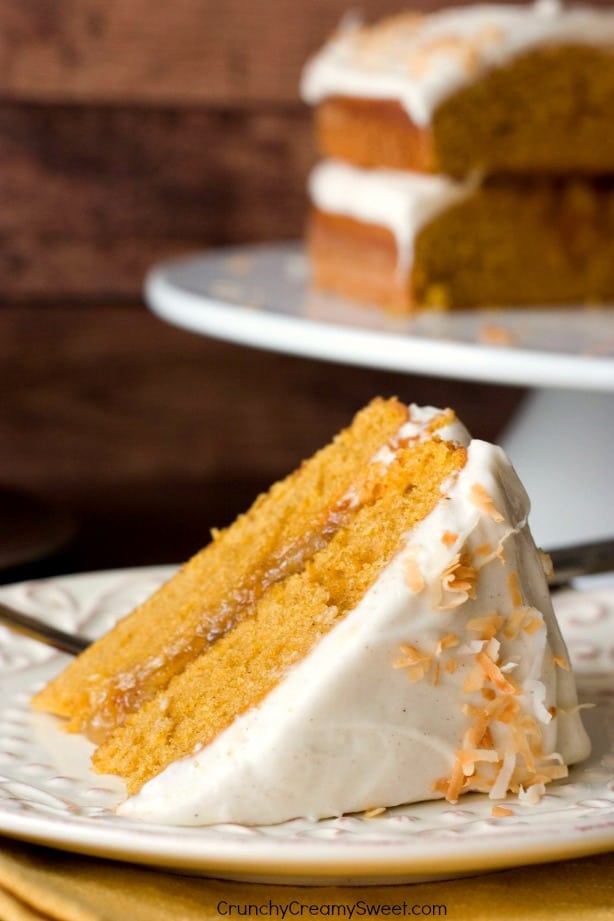 It's this time of year, friends! Pumpkin and spices reunite in fantastic desserts that are served during get-togethers and holidays. Fall is coming! It's a fact and I am super excited about it!

I created this layer cake with all of it in mind. Layers of soft pumpkin cake with orange and ginger spread filling and a generous amount of cinnamon cream cheese frosting to marry it all together. Toasted coconut flakes add the finishing touch. This cake is guaranteed to impress your guests!

Fall and the weather that comes with it make me always establish a certain routine for my afternoons: hot cup of tea and a slice of my baked good. During weekends, it's gourmet coffee and a slice of layer cake. I've missed my routine all summer and can't wait to go back to it!

I am sure you have noticed the new trend in layer cakes. Frosting the layers only, leaving the cake "naked". I love this trend for two reasons: the rustic looks is simple yet impressive; decorating the cake is so much easier than applying a crumb coat and frosting and smoothing the sides of the cake. The contrast between the cake and the frosting makes it an impressive dessert.

To assemble the cake, pipe a circle of frosting around the edge of the first layer. Fill the center with the orange ginger spread. Top with the second cake layer. Frost the top layer, make fancy swirls with a back of a spoon and sprinkle with toasted coconut. Done!

If you are looking for an easy yet impressive cake for fall gatherings or Thanksgiving, look no further! This cake is perfect for it! Simple, impressive and absolutely delicious! 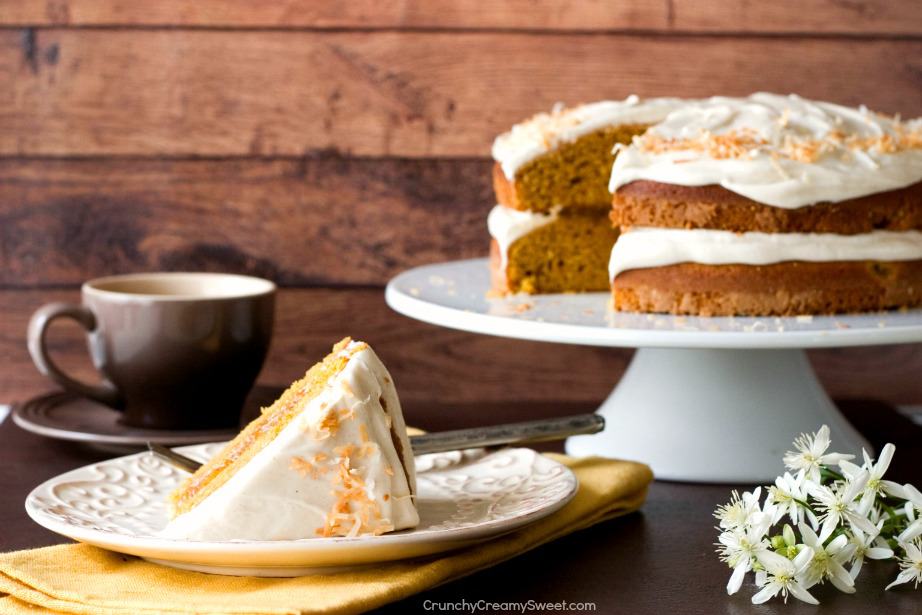 !for the filling and frosting:

Disclosure: This post is sponsored by Cost Plus World Market. Thank you for supporting brands I love and that make this blog possible.