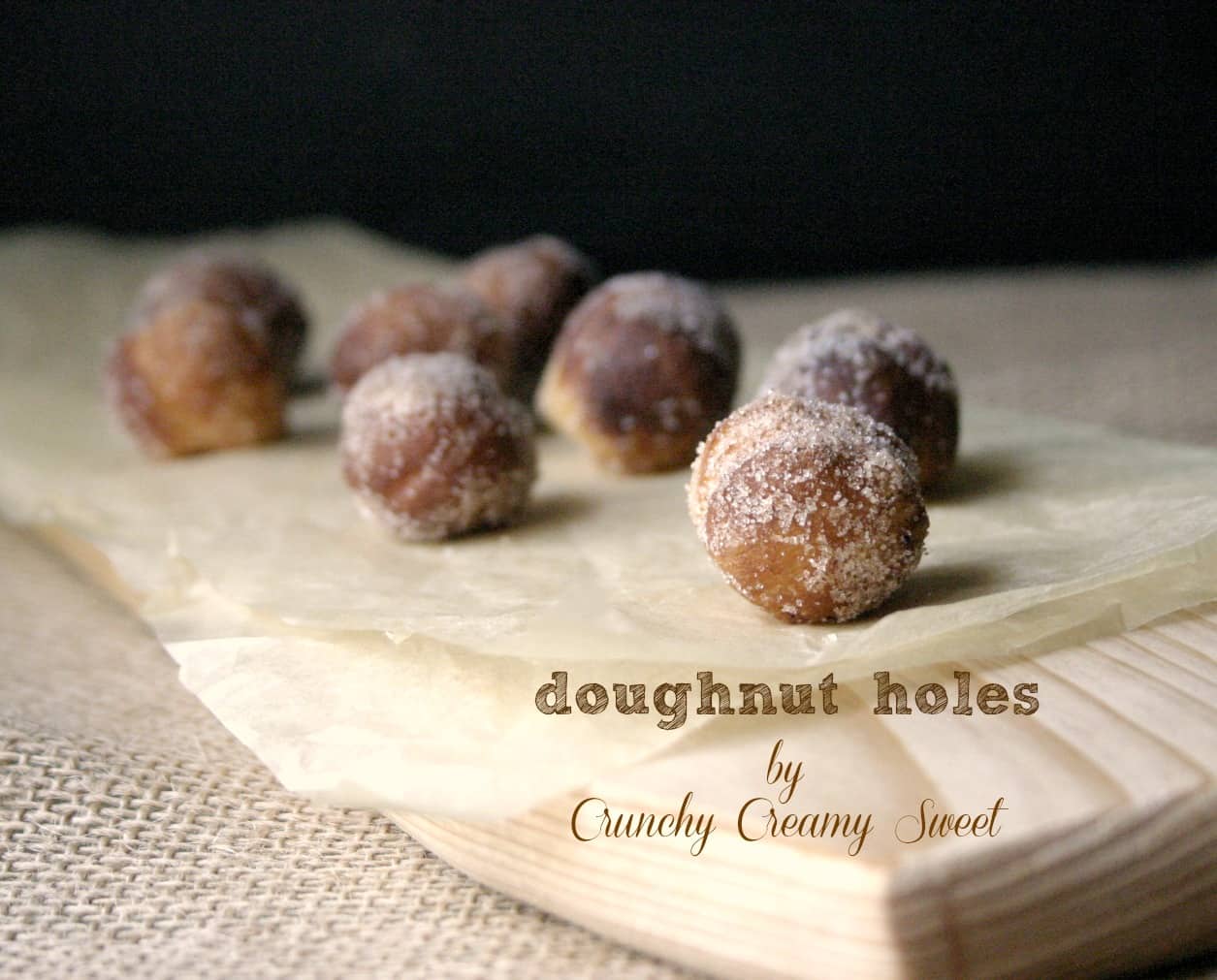 The doughnut holes - as promised. Fried and rolled in cinnamon sugar.

This is more of an idea than actual recipe although you can make the doughnuts the same way too.

Here is the deal. I like to play with food. Meaning, I like to divide any sweets I make and make them two different ways. Many times, I will get my ideas during the process of making the base or during analyzing the recipe. It's fun this way, wouldn't you say so? That's how I ended up spreading the chocolate glaze and sprinkles over our doughnuts. The truth is, I made them with an orange glaze too. 🙂 For a double citrus punch! They were not as pretty to photograph and my lighting was low, but here is the photo. If you are interested in a recipe or a rundown of steps for the glaze - let me know. 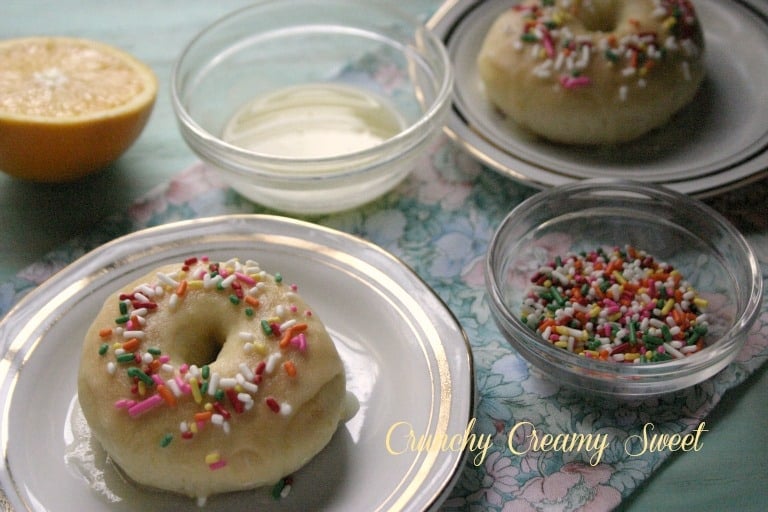 Aaaanyways, back to our little bites of doughnut deliciousness. I though that after baking the big boys ( you know, making them... ummm... what's the word... oh! healthier! 🙂 ), we deserve to indulge a little and fry the holes ( fill a saucepan with oil up to 2 inches and set on medium-heat; fry until golden brown; drain the access oil on paper towel). Then roll them in cinnamon sugar while still warm. Pop in your mouth and enjoy!

There is still time to vote for your favorite granita entry in the Blue Ribbon Challenge ( I really need your votes ). The winner will be announced tomorrow!